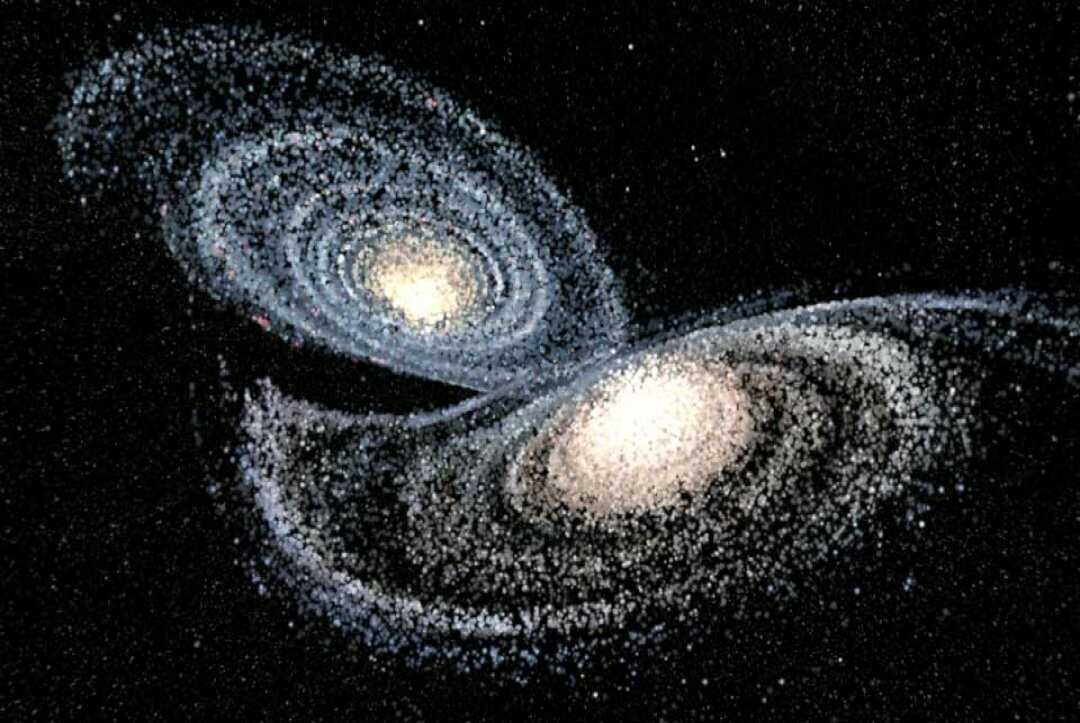 Growing up we have all seen beautiful images of galaxies in the universe. However, knowing about any galaxy other than our Milky Way was rare. Science books do not really expand on the outer space, except from our own galaxy. There are approximately over 200 billion galaxies in the universe and some of them defy everything we known about space and sometimes even science. From their bizarre shapes to their unexplainable formations, the universe is filled with weird galaxies that also make up for some of the most picturesque ones.

Here are ten of the most bizarre galaxies in the universe that will take your breath away and leave you baffled, all at the same time.

Also known as a “dead galaxy”, MACS 2129-1 is a massive disk-shaped galaxy 10 billion light years away from Milky Way. While it is half the size of our home galaxy, its mass is almost three times more than the Milky Way. The reason it is called a “dead galaxy” is because it stopped forming stars some 10 billion years ago. This was confusing for scientists as they believed galaxies like MACS 2129-1 formed over time merging with other smaller galaxies. However, this was not true. Stars in this galaxy formed in the disk, during the formation of the original galaxy.

Messier 31 or Andromeda galaxy is one of the largest galaxies in the universe and the closest galaxy to the Milky Way, just 2.5 million light years away. It is a spiral galaxy that has been gobbling smaller galaxies for more than 10 billion years. That is why, it is sometimes also referred as a cannibal galaxy. In about 4.5 billion years, M31 and out home galaxy will collide with each other. However, it is still not known who will clear out whom in this cosmic pile-up.

Nestled in the constellation borders of Corvus and Virgo, Sombrero Galaxy is a lenticular type of galaxy, more than 31 million light years away from us. What makes this galaxy one of the weirdest is that it looks strikingly like a hat with a large bulge in the center. If you look closely, you can see that the center if made up of many clusters of stars. Even the brim of this hat galaxy is strange, details too intricate for scientists to explain. Most likely, the bulge also hosts a massive black hole.

The next galaxy is one of the most interesting galaxies in the universe, mostly for its shape. This disrupted barred spiral galaxy is shaped like a tadpole, with a tail that is 500,000 light years long, 10 times longer than our home galaxy. According to an article in the journal Monthly Notices of the Royal Astronomical Society published in 2018, the galaxy was formed after merging with a smaller galaxy, roughly 100 million years ago. Most likely, the galaxy will lose its tail as it gets older and will form small satellites of the spiral galaxy.

One of the brightest galaxies in the night sky, M83 is also called the Southern Pinwheel Galaxy, which is located in the constellation of Hydra. It was discovered about 250 years ago and was first considered to be a gas cloud. It was only after taking a closer look that this enormous whirlpool of purple and pink is a galaxy with frequent supernova explosions. It is one of the most beautiful galaxies in the universe and has 8 active supernovas in the present.

This list is full of images that will baffle your mind and this is another one of them. What looks like pair of eyes are in fact 2 galaxies IC 2163 (the one on the left) and NGC 2207 (the one on the right). The eye features are actually an enormous stream of dust and stars. According to astronomer Michelle Kaufman, the “ocular features” last for only a few million decades. The gases in the eyes are racing towards the center of the galaxy at a speed of 100 km/ second.

Located 100 million light years in the Pisces constellation, NGC 474 is an elliptical galaxy that possesses tidal tails; however, their origins continue to remain unknown. On the forefront, there is nothing exciting about this galaxy. What makes this galaxy one of the weirdest galaxies in the entire universe is its shape. It looks like a bioluminescent fish found on the abyssal of the ocean. Scientists still have no idea what is the cause of the discharge of this amount of energy. It could either be the shells remnant of smaller galaxies that were absorbed or be the result of tidal interactions with another galaxy behind NGC 474.

NGC 2936 or the Porpoise Galaxy is one of the most interesting galaxies in our universe. After seeing the image, it is clear where the name comes from. Some say that it looks like a dolphin, while others believe that it is a penguin that is protecting its egg. However, it is a system of galaxies, namely NGC 2936, which is the “dolphin” and Arp 142, which is the “egg”. NGC 2936 was just like Milky Way, a spiral galaxy. It changed its shape significantly due to the immense gravitation force of the denser galaxy.

M64, also known as the Sleeping Beauty Galaxy and the Black Eye Galaxy is an isolated galaxy located in the northern constellation of Coma Berenices, 17 million light years away from us. The red center of the galaxy means that it is abundant in hydrogen and due to which stars are constantly being formed. The weirdest fact about this galaxy is that while the stars and gas in the red zone rotate in one direction, the surrounding clouds of dust and gas rotates in the other direction. While there is no guaranteed explanation of this, astronomers believe that it is the result of 2 galaxies merging together.