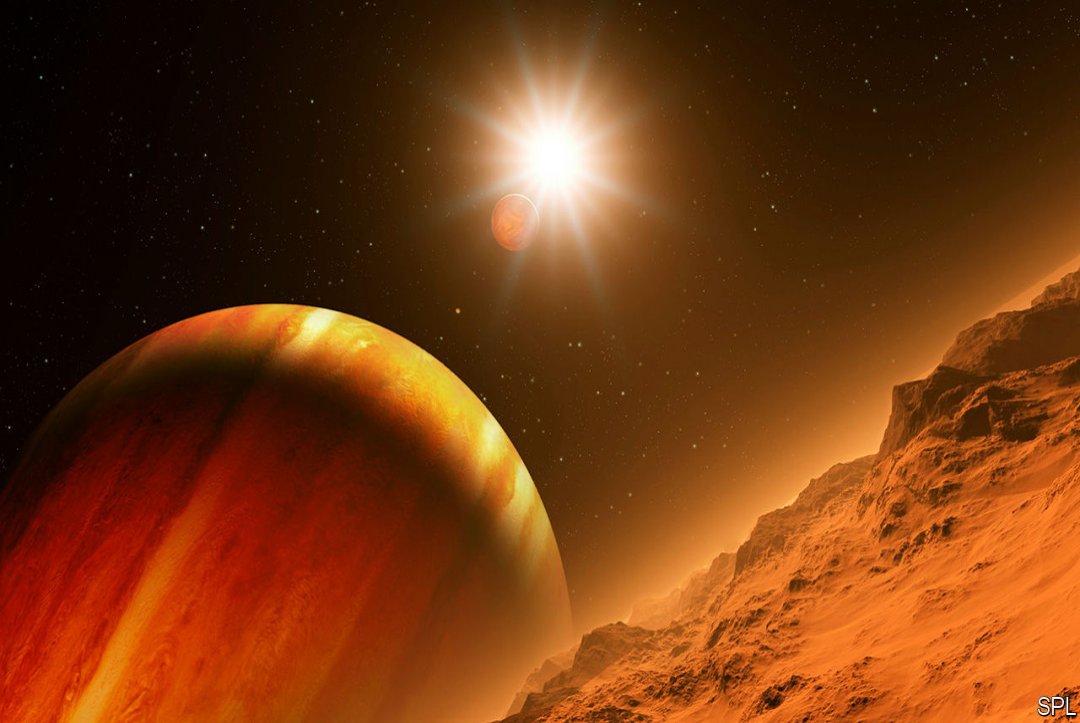 They say 13.7 billion years ago the universe was formed after the big bang. For centuries, Earth was the only truth we knew about. Slowly, but steadily, a new world was discovered that caught everyone’s attention and has still managed to keep everyone captivated. After discovering the Sun, the Moon, the planets, stars; most of the objects in the solar system, celestial objects like exoplanets and black holes came forward.

Exoplanets are those planets that orbit stars other than the Sun outside our solar system. Discovering them and studying them has become crucial in recent times as astronomers are actively trying to find planets that are similar to Earth where hosting life is possible.

The first time someone suspected the presence of an exoplanet was in 1917. However, it was not recognised. There are 2 exoplanets orbiting pulsar PSR 1257+12 that are believed to be the first confirmed discovery in 1992. Following it was Gamma Cephei Ab, an exoplanet that was detected in the year 1988 but was not confirmed until 2003. There are various methods of detecting exoplanets, in which Transit photometry and Doppler spectroscopy have the most successful discoveries.

Number of Exoplanets In The Universe

The universe is vast, too vast for us humans to know everything about it. While there may be billions of exoplanets in the outer space, we have only managed to discover roughly 4000 exoplanets in the Milky Way. There are about 5000 more planets that are waiting to be approved of their exoplanet status. Till date, astronomers have discovered about 3000 planetary systems, where almost 700 planetary systems have more than 1 exoplanet. It is still not known for sure that planets exist outside the Milky Way.

The Closest Exoplanet To Earth

The closest star system to the Sun is Alpha Centauri system, which is 4.37 light years away. It makes absolute sense that Earth’s closest neighbour also hosts the nearest exoplanet. There are currently 2 exoplanets that are considered the closest neighbours to Earth. In 2016, Proxima b was discovered. It is an exoplanet that orbits in the habitable zone of its home star. This means that it is just in range from Proxima Centauri, where the temperature conditions allow liquid water. The second exoplanet is Proxima c that was discovered in 2020, which is a few times larger than the size of Earth. However, it orbits a little farther away from the habitable zone, which means that it can never host life.

When it comes to planets, Saturn is said to have the most extensive ring system in the entire solar system. However, our solar system does not even cover a tiny fraction of the entire cosmos. The universe is full of wonders and J1407b is one of them. It is an exoplanet that is also known by names like “Super Saturn” and “Saturn on steroids”. The ring system of this exoplanet is 640 times more extensive than Saturn’s and is the only exoplanet discovered till date that has a ring system similar to that of Saturn. It is located in the Centaurus constellation, 434 light years away from us.

A Planet Where It Rains Rubies & Sapphires?

For the first time in human history, we have a clear image of a planet that is caught in the act of formation. It was captured in Chile using the European Southern Observatory’s Very Large Telescope. The planet is question is PDS 70, which is orbiting a dwarf star 370 light years away from us. The exoplanet is only 5.4 million years old, which is the youngest exoplanet ever confirmed. Astronomers believe that the planet is shaping up to be a gas giant, 2 to 3 times larger than Jupiter. You can see the planet a little right from the blacked-out center. The reason behind the black spot is to block the harsh blinding light of the star.

In 2014, astronomers found a new exoplanet 560 light years from our planet in the Draco constellation which was named Kepler-10c. It is said to be “the Godzilla of Earths”. It is a rocky world that weighs 17 times more than Earth, which was unheard of before 2014. Scientists had to create a new category after the discovery of this exoplanet known as “Mega Earths”. It was found that the exoplanet is roughly 11 billion years old and was formed just 3 billion years after the big bang. What makes it a planet even more interesting is that scientists believe that if a planet can form rocks, it can make life.

One of humankind’s biggest mystery is to solve the mystery of the big bang. Every scientist and astronomer wants to know exactly what happened after the big explosion that allegedly created the universe. The questions regarding this are endless. However, we may have an answer for one of these questions and that is which was the oldest planet ever. PSR B1620-26 B is approximately 13 billion years old that formed around a young star just 1 billion years after the big bang. It is said that it lives in a rough neighbourhood and orbits a cluster of over 100000 burned-out stars.

The Kepler Mission was a space mission launched specially to survey region of the Milky Way to discover thousands of planets near the habitable zone of the stars and determine the hundreds of billions of stars in the galaxy. The spacecraft, named after astronomer Johannes Kepler, was launched on 7 March 2009. It was in operation for almost 9 years and its retirement was announced by NASA on 30 October 2018. In the end, Kepler had discovered 2512 confirmed exoplanets and 5011 potential candidates.

10 Most Influential Music Composers of All Time

The 10 Greatest Music Composers of All Time