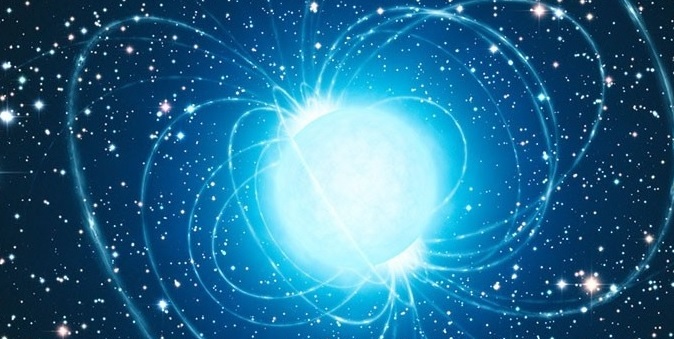 The first periodic radio signals have been detected for the first time that comes from an unknown source. These Fast Radio Bursts come from as far as 500 million light-years away, a distance that stretches beyond our galaxy. And astronomers have assigned 180916.J0158+65 as the name of the source. Now, astronomers and scientists observed the source for 500 days and came to a concrete 16-day pattern. These first periodic radio signals ever recorded have a four-day slot of radio waves occurring randomly.

First periodic radio signals have been detected that comes from an unknown source. This mystifying universe has never ceased to fascinate humans. In a captivating event from the Universe, astronomers and researchers from the MIT claim to have successfully captured the first periodic radio signals. These Fast Radio Bursts come from as far as 500 million light-years away, a distance that stretches beyond our galaxy.

The FRBs or the fast radio bursts emerge from dense and extremely distant celestial bodies. They appear for only milliseconds in repeated and short, but acute flashes. Radio flashes first illuminated skies in 2007, and over 100 such flashes have been registered from all over the universe so far. Astronomers have recorded FRBs that originate from the same source but no conceivable pattern was recorded until now.

But this time, the new source which is the only source until now has flashed the first periodic radio signals. And astronomers have assigned 180916.J0158+65 as the name of the source. Now, astronomers and scientists observed the source for 500 days and came to a concrete 16-day pattern. These first periodic radio signals ever recorded have a four-day slot of radio waves occurring randomly. And then follows a long 12-day silence with no clues of radio waves. Kiyoshi Masui is an assistant professor of Physics at MIT’s Kavli Institute for Astrophysics and Space Research and a member of CHIME/FRB collaboration at the same time.

CHIME is the Canadian Hydrogen Intensity Mapping Experiment and was the first radio telescope to tap cyclic signals. Now, CHIME/FRB is an alliance of over 50 scientists from Universities like the University of British Columbia, University of Toronto, McGill University, and the National Research Council of Canada. It also released its findings about these first periodic radio signals for the public in the journal “Nature”.

CHIME has four consecutive antennas that are look-alikes of snowboarding half-pipes. The structure is stationary and determinedly ogles at the sky above. Unlike other signal-detecting instruments, it does not rotate around a point to capture radio signals from all over the sky and determine the source of such radio flashes. The structure of CHIME was set up in 2017 to record radio flashes from sources all over the universe billions of light-years away. It stands in British Columbia at the Dominion Radio Astrophysical Observatory and captures radio bursts to its full ability.

How did it read the first periodic radio signals?

The period of September 2018 to February 2020 became extremely significant for the CHIME, as it recorded 38 FRBs, from a sole source i.e. FRB 180916.J0158+65. The source of radio bursts turns out to be a kind of turbulence in a star’s region that lives on the periphery of the helix galaxy, 500 million years away. This is the most active source that is detected until now. CHIME also captured radio signals coming at least 30,000 light-years from the earth in April. This discovery would be a landmark one as these would be the first such signals to be confirmed in our galaxy.

(Now for the reference 1 light-year nearly equals 9.7 trillion kilometers. And a light-year can be defined as the distance a light beam travels in a single Earth year. And an Earth year is the distance our earth travels around the sun in a year i.e. 365 days.)

The recorded source is the only source that produced a pattern in the radio flashes. And the pattern is such that there occurs one to two bursts occurring every fourth day and then occurs a radio silence of 12 days. Scientists and astronomers observed this pattern for 500 days before concluding.

Reasons for the periodicity of the first periodic radio signals.

There are a few possibilities for the periodicity observed in these flashes. The first possibility, states that there is a neutron star that is in its precession state. Now, a precession state in astrophysics is a state when a neutron star jiggles and rotates at the same time. So, if radio bursts came out of a fixed point from an object (neutron star in this case) that rotates on an axis and points towards the earth. Then bursts happening would be periodic.

Another possibility is that of a binary system, where two celestial objects are held together through gravity and revolve around each other. Like a neutron star that revolves around another neutron star or a black hole. If one neutron star, takes an aberrant orbit and emanates acute radio flashes, and also arrives close to the second star, the first star could contort and shatter. And it repeats the pattern when the neutron star retraces its orbit. Thus it creates periodicity.

It is that, that some kind of celestial object that takes rounds around a central star which emits either winds or gas clouds. Thus, when the object passes through these winds or gaseous clouds, the radio bursts of the rotating object, perhaps increase manifolds. Masui speculates here that supposedly the rotating object is emitting radio bursts all the time, but we see only the periodic magnified bursts.

It talks about the emission of periodic as well as non-periodic radio waves that come from magnetars. Now, magnetars are mostly neutron stars with intense magnetic fields. These magnetars are objects of fascination for scientists and astronomers alike, as they emit huge amounts of varied forms of radiation of the electromagnetic spectrum. Scientists believe that these magnetars could be great sources of FRBs. And could help scientists reach some concrete results about the fast radio bursts in future.

Sonali Singh
Disclaimer: The above article has been aggregated by a computer program and summarised by an Steamdaily specialist. You can read the original article at mit
Tags: CHIME, FastRadioBursts, FirstPeriodicRadioSignals